Sunday's post to this blog sure generated a lot of feedback. Some positive, some negative, some in between.  It obviously hit a nerve. Seems to me to be a good thing to get people talking about issues and ideas. In reading all the amazing and wonderful comments one of my take aways was that some people feel that by acknowledging the ways in which we differ, we increase the separation. Some people seemed to feel that noticing our differing vantage points would remind us to find balance or intersections.  Since I'm not an omniscient narrator in this saga, I have no idea what the outcome will be in a week's time, three month's time, or ten year's time.

I am amazingly proud of this family and the ways in which we were/are able to discuss our differences of opinions in such thoughtful and peaceful ways.  Thank you to all who have weighed in and I hope the discussions keep happening in circles and cyber-huddle's around the world. Very important issues being raised by all. Keep it coming.

The Yin and Yang of the Gathering

The words yin and yang are used all the time, but for purposes of this editorial representing my own thoughts on the gathering, I'll rely on a Wikipedia definition "Yin yang are complementary opposites that interact within a greater whole, as part of a dynamic system. Everything has both yin and yang aspects, but either of these aspects may manifest more strongly in particular objects, and may ebb or flow over time."

The roots of the gathering were planted in the compost of the 1960s with anti-war activists, living on the land communes, civil rights movements, LSD, Marijuana and all the other things that you already know or can easily find on the internet if you're not up to speed.  All these various energies came together and various people have written various hipstories or personal stories about the beginnings of the gathering.

We live in an increasing polarized world with people of differing religious or political beliefs showing increasing levels of hostility to each other. But the gathering can and often does move beyond that. Lately though, I've been seeing an increase in polarization at the gathering and I wanted to take this opportunity  to look at some of the polar opposites and shine a light on their union.

For purposes of this discussion, I will use two friends of mine (who may also be friends of yours) to illustrate the opposite but complimentary energies of the gathering and how critical each of these energies is to creating a positive gathering that fulfills the dreams laid out in the first invite to the Rainbow Gathering. These two friends are by no means the only people involved or the only representatives of two opposite but complimentary energies, but I have known each of them for many years and had many interactions with them separately and together.  I also am using them in a symbolic fashion and in no way should anything I write in this editorial be construed to indicate any truth or factual representation of past events. I love and respect both of these people with all my heart.


I'll start with the light, peaceful, sowing of organic seeds and smiles energy that I see embodied in Blue Flower.   She/he comes from an east coast radical artsy background and is full of smiles, able to easily convey information, went to college, was an anti-war activist during the Vietnam and subsequent wars, enjoys beautiful things and wears clothing indicative of First Nation tribes around the planet.  She/he is playful, energetic and excited beyond words every time the gathering manifests itself in time and space. Or as you might say - the more spiritual or new age energy.

Then there is the street living, hard scrabble, slut refusing to be ground under the boots of those in power that I see embodied in Green Flower. She/he wears leather and  plowed farms for a living. A Vietnam war veteran she/he loves to live in the woods and eat the flesh of animals he and his friends have killed. As committed to creating peace as Blue Flower, She/he leans heavily on military strategies, hard living family and the rough and tumble of life growing up in the wilds of a western state in a small cabin in the middle of no where.  Or as you might say - the dirty kids energy. 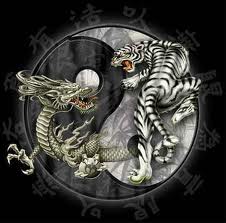 Every time we gather, we need to include both Blue Flower and Green Flower. A gathering with too much Green Flower can be full of pie in the sky  ideals and too much time spent in meditation or enjoying sushi and strawberries with family.  A gathering with too much Blue Flower energy, ends up in drunken brawls, fights and a steady diet of venison, rice and beans. When Green Flower and Blue Flower are working in consort, we have beautiful gatherings where people are free to be themselves, the shitters get dug, the cars get parked and we share our collective energy to creating a future that honors the needs of all creatures on the planet and also takes care of our day to day needs so our children can grow up. It is these children who will take what generations of gatherers have created and make it better.

Blue Flower and Green Flower have been friends for somewhere around 50 years.  That's a long time to remain friends when your life and lifestyles are very  different.  I think each of use need to learn from this example. When we embrace our opposite while allowing our opposite to be true to his or her self, then together we become a whole circle.

For more info on how the process works, click here.

Forwarded info: For good updated info on info for the Washington state annual gathering of the tribes 2011..please contact the Washington state lightline @ (509)217*6573 between the hours of 10am and 10pm Pacific Time unless it is a emergency!!! or dial 911!!!PLEASE LEAVE A MESSAGE!! on a side note please do not flood the lightlines with calls for direction to the nationals this will be chosen by consensus at spring council 2011 on june 12th..(site to be announced for that location)..please do not flood the lightlines with directions to holding camps these direction are to be announced very soon as well..please be patient family...i know everyone has rainbow fever..but this is a long process to get our family to the rite place at the rite time...WE LOVE YOU and we will see you soon!

If you prefer to communicate via snail mail or want to send a few dollars to help with scouting or other pre-gathering related costs:

I try to cover a wide range of gathering specific topics on this blog to help those new to gathering create a safe and positive gathering experience. If I haven't covered a topic on this year's blog, odds are I or a guest blogger covered it in one of the prior year's gatherings. Some of the information will be outdated, but most of the basics will be the same. If there's a specific topic you're curious about, email me and I'll try to cover it or invite a guest blogger to do so.